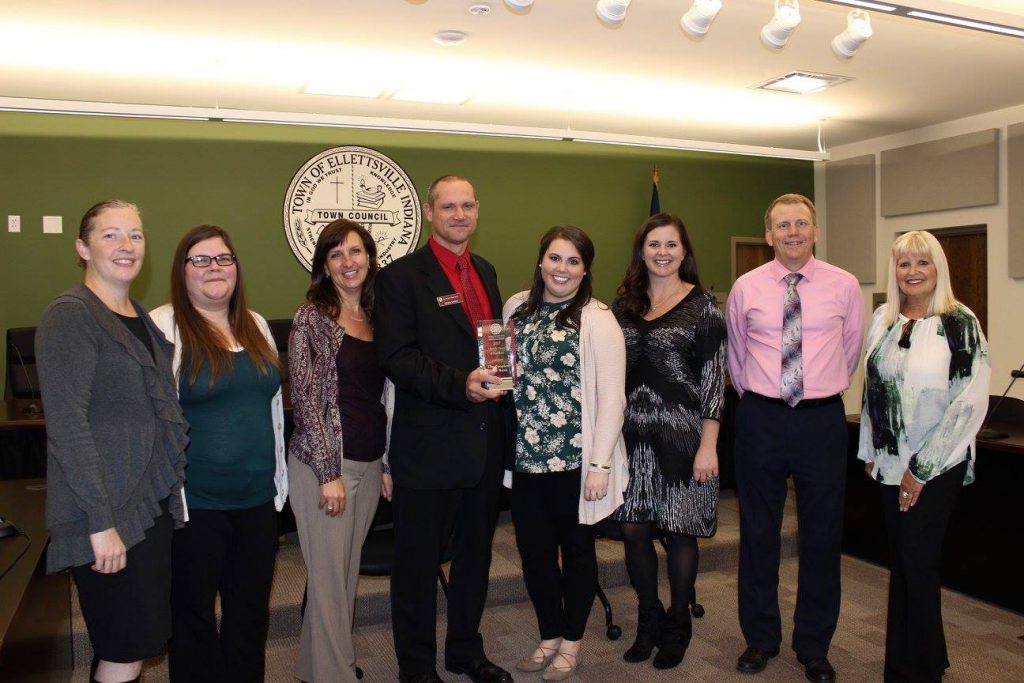 The Peoples State Bank has served the Ellettsville/Bloomington area and surrounding communities for over 100 years. From a single office in downtown Ellettsville, located where the Masonic Lodge now sits, to the building we think of as the “Old Town Hall,” to their current location, the bank has grown to ten branches in six local communities, including Bloomington, Ellettsville, Spencer, Morgantown, Paragon and Nashville.

From William Sandy, the first president and cashier for the bank, to today, the Peoples State Bank continues to be a bank that works and lives in the local community. Those affiliated with the bank through the years as presidents, cashiers, and board directors include a laundry list of Ellettsville royalty (or as royal as Ellettsville gets). They include: Guy Draper (who started a little company called Smithville), Ray Martin (who guided the bank through the Depression years and was known as “The Depression Banker”) Ralph Ridge, Charles May, Richard Carl and James Chesney – just to name a few.

In this day of mega-mergers and large, out-of-state corporate banks, The Peoples State Bank continues to be a bank that works and lives in the local community; where customers can get the personal, face-to-face attention they deserve, and decisions can be made by people who are members of the local community rather than being passed up the chain to some far-away corporate headquarters.

In addition, they have had representatives or officers on a number of boards and groups: Boys and Girls Club, NW YMCA, EHS Band and Choir Boosters, EHS Dollars for Scholars, Ellettsville Chamber, Ellettsville Lodge, and the Fall Festival.